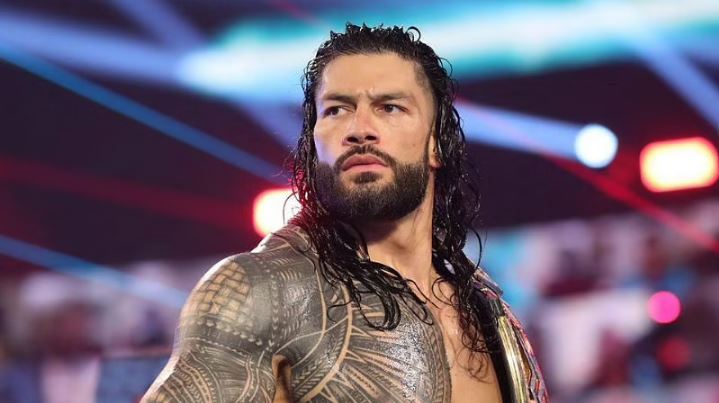 WWE Roman Reigns is a professional wrestler from the United States. He is presently contracted to WWE and works under the ring name Roman Reigns on the SmackDown brand, where he is the current WWE Universal Champion in his second reign.

Roman Reigns was born Leati Joseph Anoai in Pensacola, Florida, on May 25, 1985, to Sika and Patricia A. Anoai. His father, Leati ‘Sika’ Anoai, was a professional wrestler in American Samoa. He attended Pensacola Catholic High School for three years and Escambia High School for one year. The Pensacola News Journal awarded him, Defensive Player of the Year, his senior year.

He subsequently went to Georgia Institute of Technology, where he played football for the Georgia Tech Yellow Jackets alongside Calvin Johnson, who went on to play wide receiver in the National Football League (NFL). Beginning his sophomore year, Anoai was a three-year starter who also served as one of the team captains as a senior. In 2006, Anoai was chosen to the first-team All-Atlantic Coast Conference (ACC) after recording 40 tackles, two recovered fumbles, and 4.5 sacks.

Roman was signed by the Minnesota Vikings in May 2007 after going undrafted in the 2007 NFL draught. After his team physical, he was diagnosed with leukaemia and discharged later that month. He was signed by the Jacksonville Jaguars in August 2007, however he was released less than a week before the start of the 2007 NFL season.

In early December 2014, Anoai married Galina Joelle Becker. They met in 2006 at Georgia Institute of Technology, when they were both students. In 2008, Galina gave birth to their first child, Joelle. In June 2014, Joelle and her father featured in a public service message. Galina went on to have twin boys in 2016 and another pair of twins in 2020.

He got a developmental agreement with ‘WWE’ in 2010 and became a member of the company’s ‘Developmental Territory Florida Championship Wrestling.’ He went under the ring name “Roman Leakee” and made his debut against Richie Steamboat, losing the bout. He lost a few more matches before defeating Fahd Rakma in a singles encounter. He continued to participate in ‘FCW’ the next year, usually in tag team fights. He had joined a 30-man ‘Grand Royal’ tournament before creating a tag team with Donny Marlow, but had been eliminated.

In a triple threat match, he defeated Dean Ambrose and Seth Rollins to become the number one contender for the ‘FCW Florida Heavyweight Championship.’ He was unable to capture the championship, though. He didn’t become a household name until he made his roster television debut alongside Dean Ambrose and Seth Rollins on November 18, 2012. Following the incident, the group dubbed themselves “The Shield.” For multiple six-man tag-team battles, ‘The Shield’ was victorious in a row. Later, at ‘Extreme Rules,’ Roman Reigns and Seth Rollins beat ‘Team Hell No,’ winning the ‘WWE Tag Team Championship.’

Roman was signed as a singles wrestler in the ‘World Title Contention’ after ‘The Shield’ split in 2014. He won the ‘Battle Royal’ on June 16, 2014, to earn a spot in the ‘WWE World Heavyweight Championship’ ladder match. He lost the match, though, and began a feud with Randy Orton.

Reigns defeated Rusev on August 21, 2016, to earn his first ‘United States Championship.’ After a string of defeats at the Survivor Series, Royal Rumble, and Extreme Rules, he had a brief rivalry with John Cena. Due to their mutual difficulties with The Miz, ‘The Shield’ had a brief reunion in October 2017. He then beat The Miz to win the ‘Intercontinental Championship,’ making him the sixteenth ‘Grand Slam’ winner. Reigns began a feud with Bobby Lashley after losing to Lesnar in the ‘Greatest Royal Rumble’ bout. He then defeated Lashley in a ‘Extreme Rules’ match to become the number one contender to face Lesnar for the title.

His net worth is $12 million dollars.

His body measurements are 52-20-36 inches. His height is 6 feet 3 inches and his weight is 130 kg. The Hair colour is black and the eye colour is hazel. 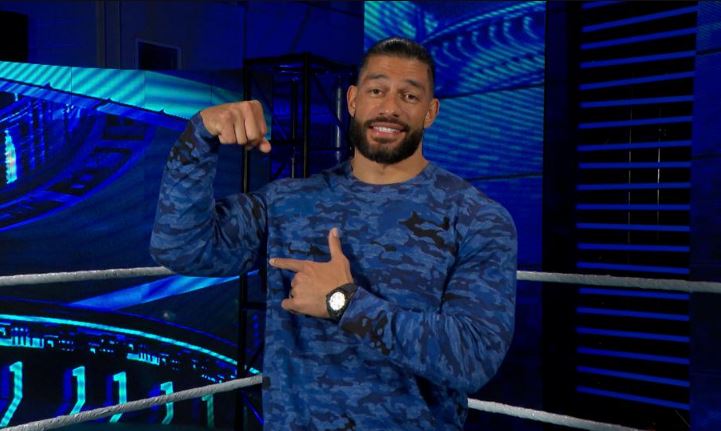