James Francis Cameron CC is a New Zealand-based Canadian film director, producer, screenwriter, editor, artist, and environmentalist. He is well known for his epic and science fiction flicks. Cameron rose to prominence after directing The Terminator.

James Francis Cameron CC (born August 16, 1954) is a New Zealand-based Canadian film director, producer, screenwriter, editor, artist, and environmentalist. He is well known for his epic and science fiction flicks. Cameron rose to prominence after directing The Terminator (1984). Aliens (1986), The Abyss (1989), Terminator 2: Judgment Day (1991), and the comedic thriller True Lies (1992) brought him further critical and financial acclaim (1994). Titanic (1997) and Avatar (2009) are two of his other big-budget films, with Titanic garnering him Academy Awards for Best Picture, Best Director, and Best Film Editing. He was also nominated for Avatar, which was shot in 3D technology.


He refused to partake in the Lord’s Prayer at school as a youngster, comparing it to a “tribal chant.” In Niagara Falls, he attended Stamford Collegiate. Cameron and his family relocated from Chippawa to Brea, California, when he was 17 years old. He went to Sonora High School before switching to Brea Olinda High School. He was not an athlete, according to classmates, but he did like creating objects that “either went up into the skies or into the depths.” Cameron enrolled in Fullerton College, a community college, in 1973 to study physics after graduating from high school. He changed his major to English and dropped out of college at the end of 1974. He did odd jobs like truck driver and janitor, but in his spare time he wrote.

Cameron’s career as a director began in 1978. He learned to direct, write, and produce his first short film, Xenogenesis (1978), with a buddy after borrowing money from a group of dentists. Cameron claimed he felt like a doctor performing his first surgical surgery as they went along, learning as they went. He later worked for Rock and Roll High School as a production assistant (1979). Cameron began working as a miniature model maker at Roger Corman Studios while learning about filming methods. He was hired as an art director on the science-fiction film Battle Beyond the Stars shortly after (1980). He was the special effects supervisor for John Carpenter’s Escape from New York (1981), as well as the production manager. Cameron and Sylvester Stallone co-wrote the screenplay for Rambo: First Blood Part II in 1984. Cameron went on to his next directing project, a sequel to Ridley Scott’s science-fiction horror film Alien (1979).

Cameron replaced Sigourney Weaver as Ellen Ripley, who initially appeared in Alien, after titling the sequel Aliens (1986). Aliens follow Ripley, the protagonist, as she assists a troop of marines in combating extraterrestrials. Despite production problems and the replacement of one of the major actors, James Remar, with Michael Biehn, Alien was a box office triumph, grossing over $130 million worldwide. Cameron and his business partner Lawrence Kasanoff launched Lightstorm Entertainment in 1990. Cameron worked as an executive producer on Kathryn Bigelow’s film Point Break (1991), which he married between 1989 and 1991. Following the popularity of The Terminator, plans for a sequel were discussed. Mario Kassar of Carolco Pictures acquired the sequel’s rights in the late 1980s, allowing Cameron to begin filming Terminator 2: Judgment Day (1991). Cameron wanted to make a third Terminator picture in the following years, but his ideas never materialized. Kassar later acquired the Terminator franchise’s rights through a bankruptcy auction of Carolco’s assets.

Cameron moved on to other projects until co-founding Digital Domain, a visual effects production business, in 1993. True Lies, an adaptation of the 1991 French comedy La Totale!, reunited Cameron and Schwarzenegger for their third collaboration in 1994. The plot revolves around an American secret agent who doubles as a married man whose wife believes he is a computer salesman. Cameron worked as a producer on Steven Soderbergh’s science fiction drama Solaris, which he directed in 2002. The film garnered mediocre reviews and a low box office performance. Cameron directed Expedition: Bismarck, a documentary on the German Battleship Bismarck because he was interested in making documentaries. He directed Ghosts of the Abyss, a documentary about the RMS Titanic that was distributed in 3D cinemas by Walt Disney Pictures and Walden Media in 2003. Cameron stated to The Guardian that he intends to film everything in 3D. Cameron co-directed Aliens of the Deep, a documentary on different types of sea life, in 2005. He also featured alongside Tony Robinson in Titanic Adventure, a documentary.

Sanctum, a disaster survival thriller about a subterranean diving trip that becomes fatal, had Cameron as an executive producer in 2011. Despite garnering mediocre reviews, the picture grossed a respectable $108 million worldwide. In Titanic: The Final Word with James Cameron, a 2012 TV documentary program that debuted on the National Geographic Channel on April 8, Cameron re-investigated the sinking of the RMS Titanic with eight experts. The specialists updated the 1995 CGI animation of the sinking for the film. Cameron stated in March 2010 that Titanic will be transformed and re-released in 3D to honor the tragedy’s centenary anniversary. Cameron and partner Simcha Jacobovici co-starred in the 2017 documentary Atlantis Rising. The two go on a journey to learn more about the city of Atlantis. The documentary broadcast on the National Geographic channel on January 29. Cameron then went on to create and star in a documentary about science fiction’s history.

The six-episode series James Cameron’s Story of Science Fiction aired on AMC in 2018. Ridley Scott, Steven Spielberg, George Lucas, and Christopher Nolan were among the guests interviewed for the series. “Without Jules Verne and H. G. Wells, Ray Bradbury and Robert A. Heinlein would not have existed, and without them, [George] Orwell would not have existed,” Cameron stated in August 2013 that he will be directing three Avatar sequels at the same time, for release in December 2016, 2017, and 2018. The release date has been pushed back to December 16, 2022, with the three sequels following on December 20, 2024, December 18, 2026, and December 22, 2028, respectively. According to Deadline Hollywood, the budget for them will be moreover $1 billion. On August 15, 2017, filming on Avatar 2 and Avatar 3 began simultaneously in Manhattan Beach, California. On September 25, 2017, principal photography commenced in New Zealand.

After Avatar 2 and 3 are completed, the additional sequels are scheduled to begin development.’ Cameron paid $2.7 million buying the Beaufort Vineyard and Estate Winery in Courtenay, British Columbia, in early 2014 to pursue his love for sustainable agriculture. Cameron and film director Peter Jackson launched a joint venture in June 2019 to create plant-based beef, cheese, and dairy products in New Zealand. “A wonderful transition to a vegetarian or largely meatless planet in 20 or 30 years,” he said. Cameron bought about 1,000 hectares (2,471 acres) of property in rural South Wairarapa, New Zealand, in 2012; additional purchases have increased that to almost 5,000 hectares. Cameron met with Environmental Protection Agency officials in June 2010 to explore possible remedies to the Deepwater Horizon oil disaster. According to reports, he volunteered his aid to stop the oil well from leaking. He is a member of NASA’s Advisory Council, and he collaborated with the space agency on the Curiosity rover’s cameras. However, because to a shortage of time during testing, NASA decided to launch the rover without Cameron’s technology. “I’ve been extremely interested in the Humans to Mars movement and I’ve done a huge amount of personal study for a novel, a miniseries, and a 3D film,” he said of his interest in a Mars project. 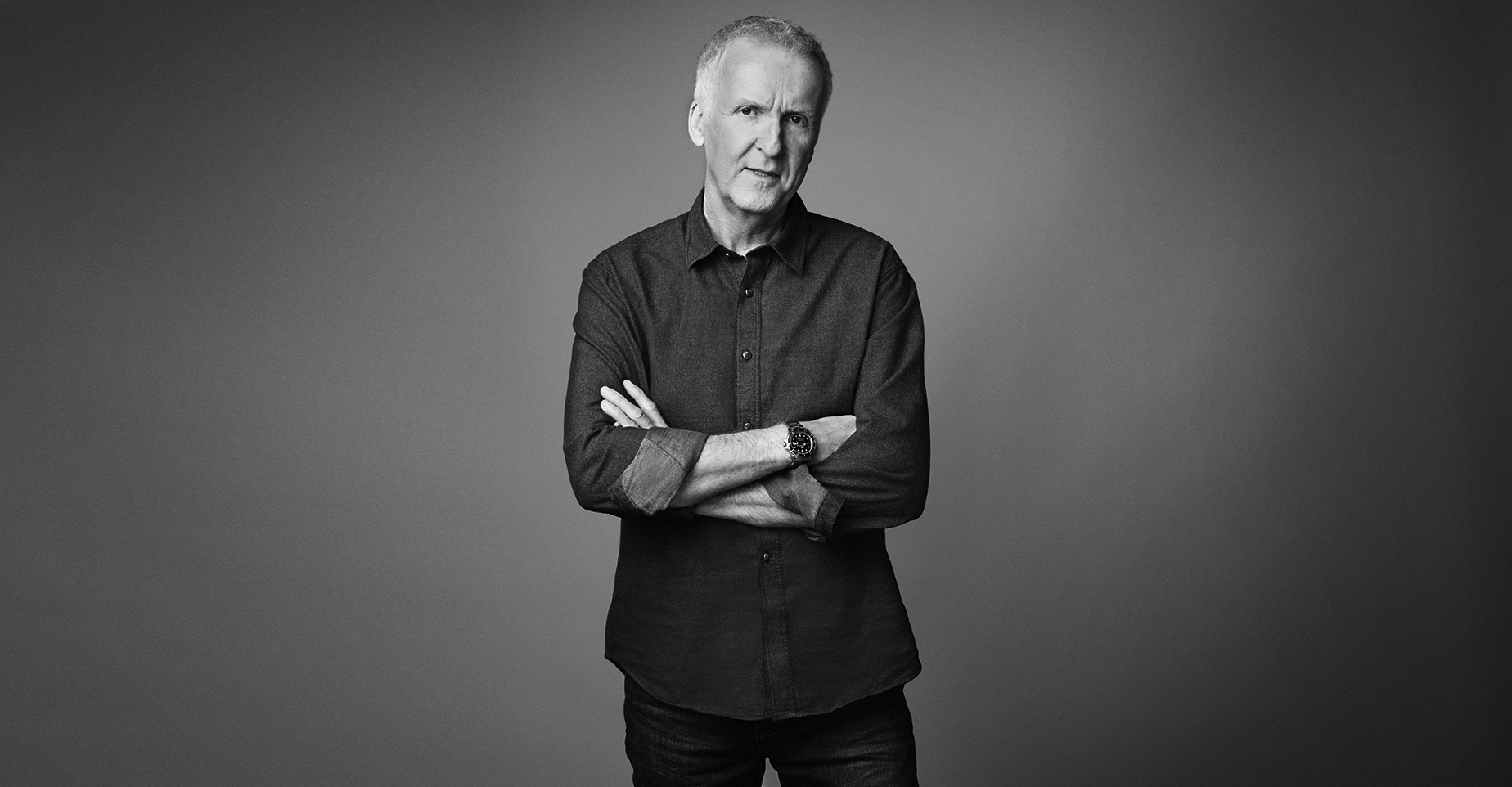 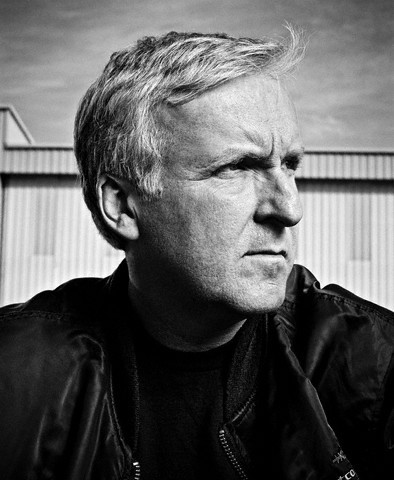