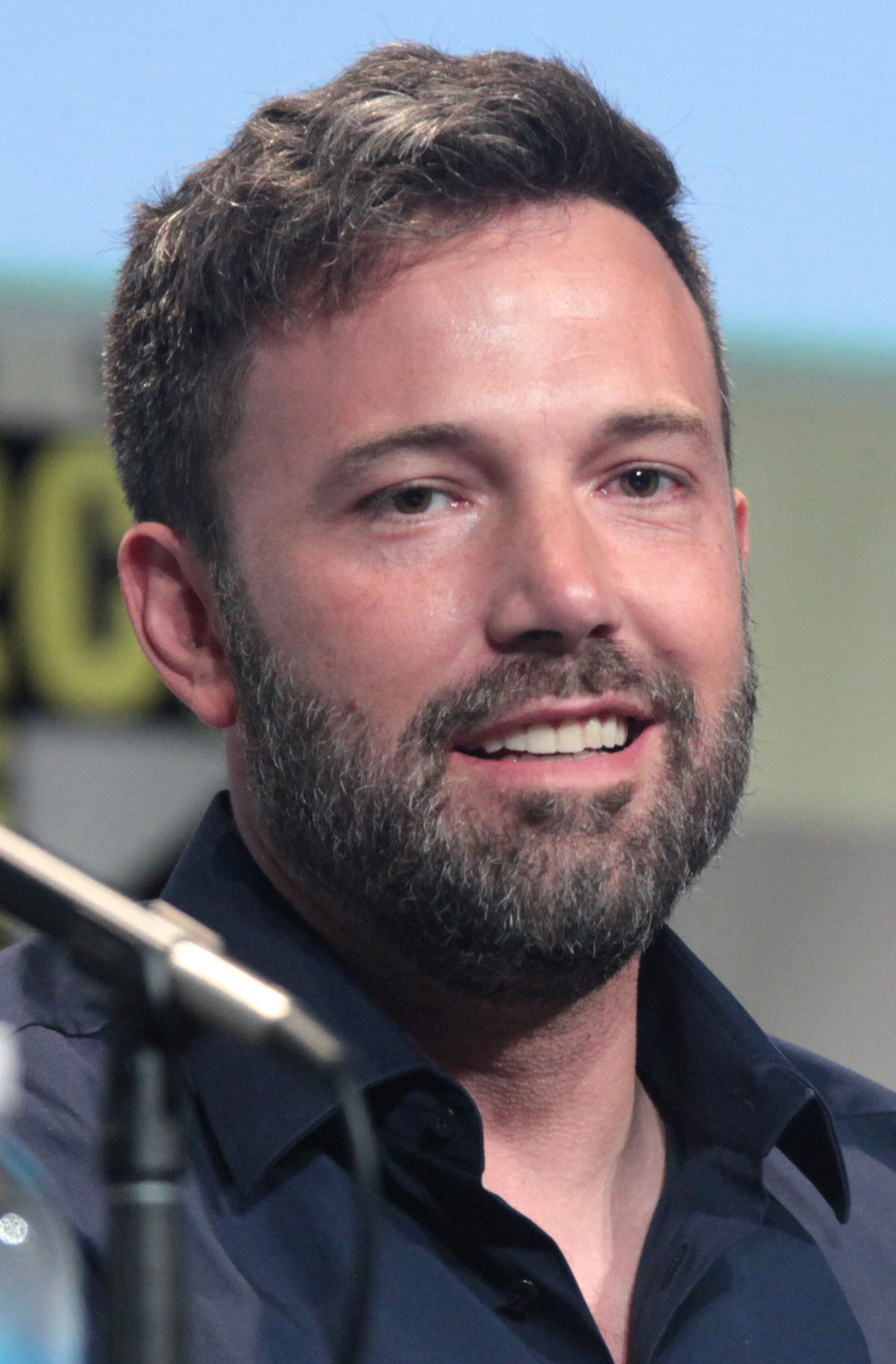 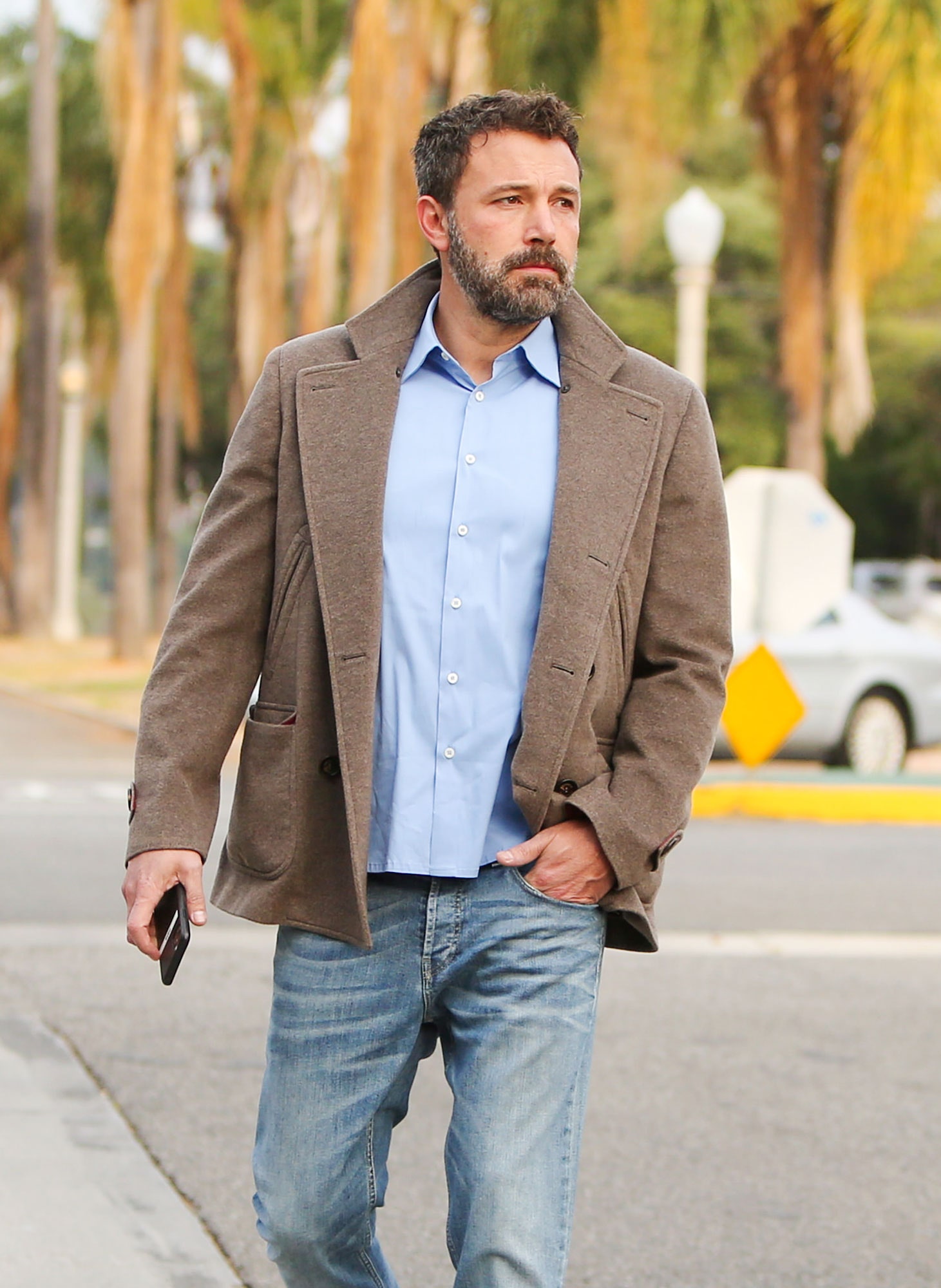 Benjamin Géza Affleck-Boldt is an actor, filmmaker, producer, screenwriter, and philanthropist from the United States. Two Academy Awards and three Golden Globe Awards are among his achievements. He got his start on the PBS educational programme The Voyage of the Mimi when he was a kid.

Benjamin Géza Affleck-Boldt was born in Berkeley, California on August 15, 1972. When he was three years old, his family relocated to Massachusetts, first to Falmouth, where his brother Casey was born, then to Cambridge. His mother, Christopher Anne “Chris” Boldt, was a Harvard-educated elementary school teacher. Timothy Byers Affleck, his father, was an aspiring playwright who was “largely unemployed,” working as a carpenter, auto mechanic, bookie, electrician, bartender, and janitor at Harvard on an intermittent basis. He worked with the Theater Company of Boston as an actor and stage manager in the mid-1960s. His father had a “serious, persistent issue with alcoho” during Affleck’s childhood, according to him.

Throughout his childhood, Affleck worked as an actor, but “not in the sense that I had a mother who wanted to send me to Hollywood or a family that wanted to make money off of me… I kind of chanced into something,” he says. At the age of seven, he made his debut in the independent film The Dark End of the Street (1981), directed by a family friend, Jan Egleson. As a kid actor, he was most known for starring in the PBS children’s programmes The Voyage of the Mimi (1984) and The Second Voyage of the Mimi (1988), which were made for sixth-grade science students. From the age of eight to fifteen, Affleck worked on Mimi “sporadically” in Massachusetts and Mexico. With the release of Armageddon in 1998, Affleck established himself as a viable leading man for Hollywood studio pictures. During the casting process, Good Will Hunting had not yet been released, and director Michael Bay dismissed Affleck as “a geek” following his screen test. Producer Jerry Bruckheimer convinced him that Affleck would be a star, but the actor had to lose weight, tan, and get his teeth capped before production could begin. The film, in which he played a blue-collar driller tasked by NASA with preventing an asteroid from colliding with Earth, was a box office success. While Affleck had been a tabloid character for much of his career, his relationship with Jennifer Lopez drew considerable media attention in 2003. Affleck had become the “world’s most over-exposed actor” by the end of the year, according to GQ. His newfound tabloid fame coincided with a string of critically panned films. Daredevil (2003), in which Affleck played a blind superhero, was the first of these. Affleck was a longtime comic book reader who wrote a foreword for Kevin Smith’s Guardian Devil in 1999 expressing his passion for Daredevil’s character.  The picture was a commercial success, but critics had varied feelings about it.

In 2006, Affleck attempted a professional comeback after marrying actress Jennifer Garner in 2005 and expecting their first child. After starring in the underappreciated Man About Town and a supporting role in the crime drama Smokin’ Aces, Affleck received critical recognition for his portrayal of George Reeves in the noir biography Hollywoodland. “An award-caliber performance… This is sensitive, nuanced work from an actor some of us had prematurely written off,” said Rolling Stone’s Peter Travers. The Guardian’s Geoffrey Macnab praised him for “beautifully” capturing “the character’s peculiar mix of charm, sensitivity, and fatalism.” At the Venice Film Festival, he received the Volpi Cup and was nominated for a Golden Globe. Given Affleck’s burgeoning reputation as a filmmaker, The New York Times’ Dave Itzkoff called his choice to play Batman in the 2016 blockbuster film Batman v Superman: Dawn of Justice “a pretty befuddling choice.” Despite the fact that the casting choice was met with much criticism, Affleck’s performance received a great response. Variety’s Andrew Barker called him “a winningly cranky, charming presence,” while USA Today’s Brian Truitt praised his “powerful” and “unexpectedly emotive” portrayal of the role. Affleck reprised his role as Batman twice, in Suicide Squad (2016) as a cameo and in Justice League as a main character (2017). Affleck’s performance as a recovering alcoholic in the sports drama The Way Back (2020) received a lot of positive feedback. For Affleck, the film’s themes were “near to home.”

In 2018, he relapsed during pre-production, and the film was shot just days after he exited rehab; Affleck agreed to place his salary in escrow and was accompanied to set by a sober coach. “Affleck manages his self-conscious duty with a kind humility,” Vanity Fair’s Richard Lawson said, “creating a performance created not out of histrionics or great actor moments, but instead from the ugly details of a guy in a plateaued misery.” Affleck is currently working on three projects. He will appear in the Ridley Scott-directed The Last Duel in October 2021, and he also co-wrote the screenplay with Matt Damon and Nicole Holofcener. He just filmed a supporting role in George Clooney’s adaption of the memoir The Tender Bar. In 2022, he’ll act alongside Ana de Armas in Adrian Lyne’s thriller Deep Water, which is based on Patricia Highsmith’s novel. Affleck and Michael Keaton have also agreed to reprise their Batman roles in The Flash (2022). Affleck is set to start filming Robert Rodriguez’s action thriller Hypnotic in September 2021, in which he will play a detective. An adaptation of “The Big Goodbye: Chinatown and the Last Years of Hollywood,” an adaptation of “King Leopold’s Ghost,” a World War II film centering on the Ghost Army, and a criminal drama about the McDonald’s Monopoly fraud case are among Affleck’s potential directing projects in development. 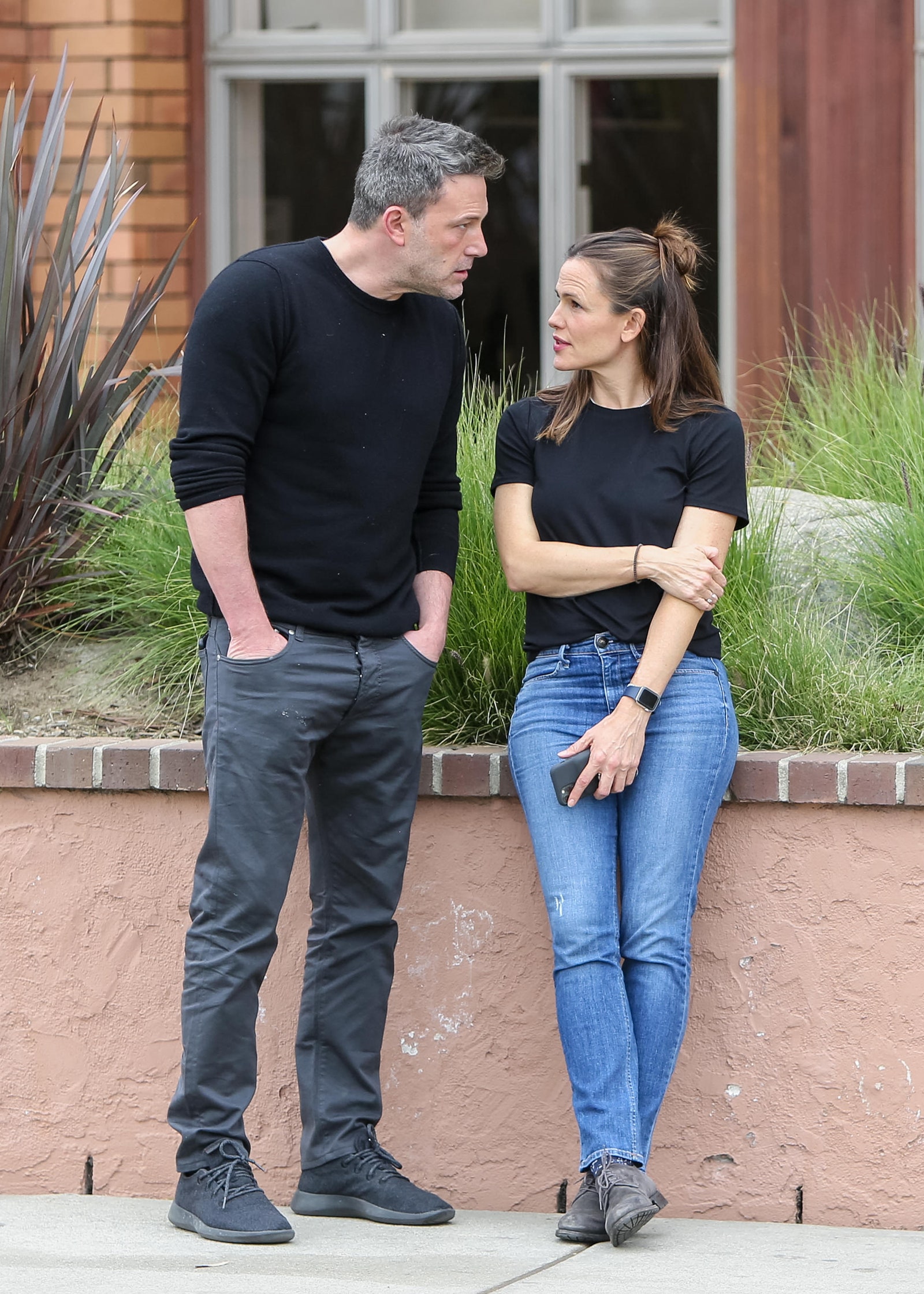 Ben Affleck has a net worth of $150 million as an actor, screenwriter, producer, and director in the United States. He is best known for writing and starring in the films “Good Will Hunting” and “Argo,” as well as directing and starring in both. For “Good Will Hunting,” he and Matt Damon received an Academy Award for Best Original Screenplay. “Argo” earned Ben an Academy Award for Best Picture. Ben has amassed a fortune of hundreds of millions of dollars throughout the course of his career. Incredibly, his biggest acting payment, $15 million, came from the 2003 film “Paycheck.” 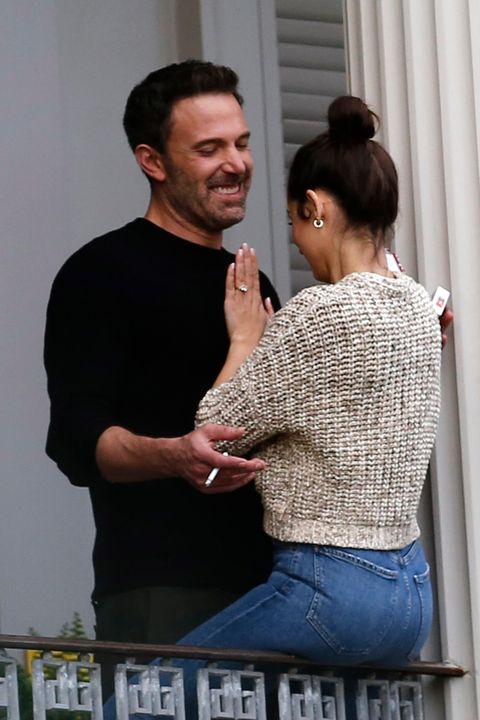 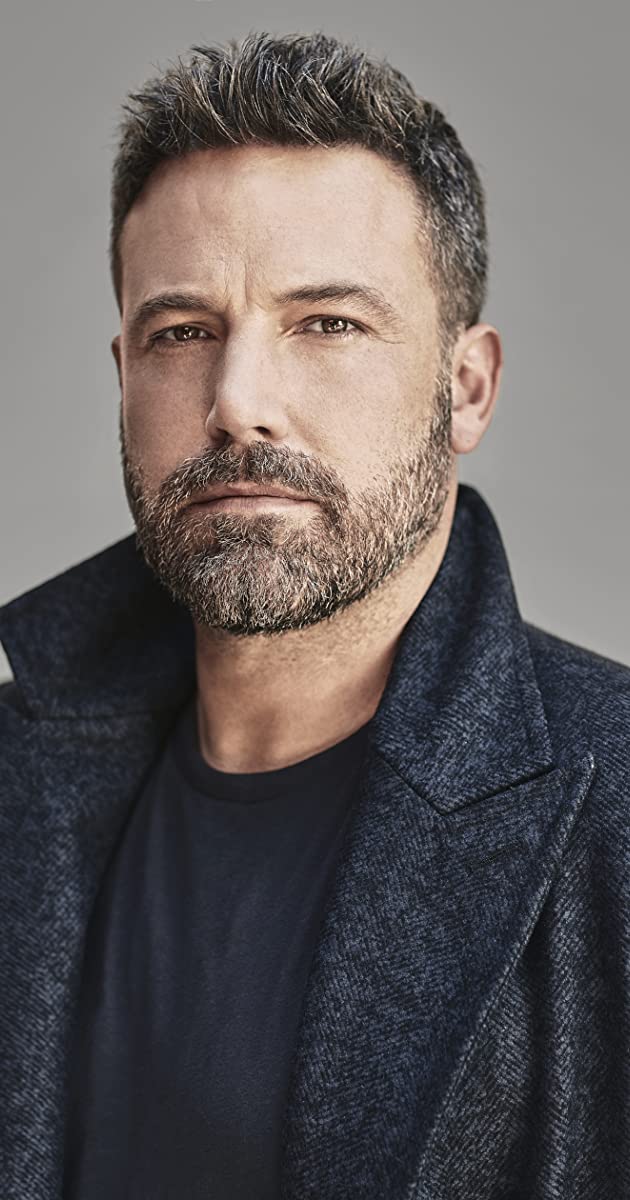