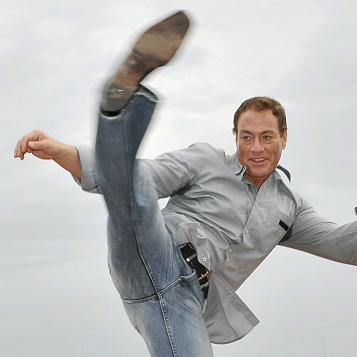 On October 18, 1960, in Berchem-Sainte-Agathe, Brussels, Belgium, Van Damme was born Jean-Claude Camille François Van Varenberg, the son of Eliana and Eugène Van Varenberg, an accountant and florist. His father is a bilingual Brussels native, and his mother is a Flemish native (Dutch-speaking). Van Damme’s paternal grandmother was Jewish, and he was raised as a Roman Catholic. He began martial arts when he was ten years old, when his father enrolled him in a Shtkan karate school. His fighting styles include Shtkan Karate and Kickboxing. At the age of 18, he obtained his black belt in karate. He began lifting weights to develop his physique, finally earning the title of Mr. Belgium Bodybuilder. He began studying ballet at the age of 16 and continued for five years. Ballet, according to Van Damme, is a form of art “is both an art and one of the most difficult sports to master. If you can get through a ballet session, you can go through any other sport workout.” Later on, he began training in both Taekwondo and Muay Thai.

Van Damme began his karate training at the Centre National de Karaté (National Center of Karate) in Belgium when he was 12 years old, under the direction of Claude Goetz. Van Damme trained for four years and was selected for the Belgian Karate Team; he later trained with Dominique Valera in full-contact karate and kickboxing. Van Damme began his competitive karate career in Belgium when he was 15 years old. Van Damme won 44 and lost 4 semi-contact matches in tournaments and non-tournament matches between 1976 and 1980. On the 26th of December 1979, Van Damme was a part of the Belgian Karate Team that won the European Karate Championship at the La Coupe François Persoons Karate Tournament in Brussels. Van Damme and his childhood buddy Michel Qissi travelled to the United States in 1982 to pursue acting careers. To make ends meet, they worked at a variety of jobs. Their first gig working on a film was as extras in Cannon Films’ hip hop dance film Breakin’ (1984). At a dance demonstration, they may be seen dancing in the background. He became acquaintances with action martial art film actor Chuck Norris around this time. They began sparring, and Van Damme began working as a bouncer at Woody’s Wharf, which was owned by Norris. Cannon Films offered Van Damme the lead in Delta Force 2, American Ninja 3, or Cyborg, a cyperpunk martial arts film directed by Albert Pyun, following the success of Bloodsport. In a post-apocalyptic future, Van Damme appears as Gibson Rickenbacker, a mercenary who battles a bunch of homicidal marauders along the East coast of the United States. The picture was a low-budget box office hit, and it spawned two sequels, neither of which featured Van Damme. In Kickboxer (1989), Van Damme reprised his role as a guy fighting to avenge his brother, who was paralysed by a Thai kickboxing champion (Qissi). It was a huge success, bringing in more than $50 million on a $3 million budget. Double Impact was released in 1991. Lettich directed the film, which starred Van Damme in the dual roles of Alex and Chad Wagner, estranged twin brothers seeking vengeance for their parents’ deaths. This picture reuniting him with his previous Bloodsport co-star Bolo Yeung was a box office success. In 1992, Van Damme starred in Universal Soldier, a sci-fi action film directed by Roland Emmerich for Carolco, which was one of the year’s biggest blockbusters. During the Vietnam War, Van Damme (as Luc Deveraux) and Dolph Lundgren (as Sergeant Andrew Scott) play US soldiers assigned to hold a village from North Vietnamese forces.

The Order is a 2001 action film starring Charlton Heston, Vernon Dobtcheff, Ben Cross, Sofia Milos, and others. Sheldon Lettich directed it, and Van Damme wrote it. He plays Rudy Cafmeyer, a robber and smuggler of important historical relics, in this film. Oscar “Ozzie” Cafmeyer (Dobtcheff), Rudy’s father, is an archaeologist who gets kidnapped after a big archaeologist discovery. The next year, he starred alongside Tomas Arana, Laura Harring, Dayton Callie, Nikolay Binev, and others in the film Derailed. Following the theft of a highly valuable and deadly top-secret container from the Slovakian government, Van Damme plays NATO spy Jacques Kristoff, who is called into action. Van Damme starred alongside Jack Black, Angelina Jolie, Dustin Hoffman, Seth Rogen, Lucy Liu, Jackie Chan, Gary Oldman, Michelle Yeoh, Victor Garber, and others in the computer animation picture Kung Fu Panda 2 in 2011. Po and the Furious Five (heroes from the last film) face off against Lord Shen, a wicked peacock with a terrible weapon with which he aims to conquer China. They meet his character, who assists them in their quest. He also acted alongside Issa Doumbia, Steve Tran, Sandrine Kiberlain, and others in the French comedy Beur sur la city in 2011. Behind Closed Doors was his own reality TV show in which he starred (2011). His family life, personal problems, and an approaching fight are all featured in the show. Van Damme has been contemplating a comeback to challenge former Olympic boxing gold winner Somluck Kamsing since 2009. His ITV reality show Behind Closed Doors focused on the fight. The battle has been postponed several times, and many critics doubt it will take place, owing to the difficulty in booking the location. Van Damme was seen as part of Kam Sing’s ring crew in December 2012 after Kam Sing was fouled. In 2013, he starred alongside Tom Everett Scott and Orlando Jones in the American action movie Enemies Closer, directed and photographed by Peter Hyams. Following 1994’s Timecop and 1995’s Sudden Death, this is Hyams’ third directorial collaboration with Van Damme. On November 13, 2013, Volvo Trucks aired a commercial on YouTube in which Van Damme performs the splits while perched on the outer rearview mirrors of one semi-trailer truck and one box truck driving rearward, which Van Damme characterises as “the most epic of splits.” The video soon became viral on the internet, gaining over 11 million views in three days and 35 million views in three days. He reprised his role in Kickboxer: Retaliation, a sequel to the reboot, in 2018. Many of the original cast members, as well as newcomers like Christopher Lambert, Ronaldinho, Mike Tyson, and Hafór Jlus Björnsson, made cameo appearances. Positive feedback was received for the picture. Pasha Patriki directed the action thriller Black Water (2018). It co-stars Dolph Lundgren and marks the fifth time the two actors have worked together, as well as the first time they have appeared as on-screen allies. He starred in Julien Leclercq’s The Bouncer on August 22, the same year. He portrays Lukas, an antihero striving to support for his eight-year-old daughter while working as a doorkeeper in nightclubs to supplement his income. He ends up in jail after getting into a brawl, while his daughter is placed in the custody of social services. The police then request that he infiltrate a criminal organisation. He would reclaim custody of his daughter in exchange. 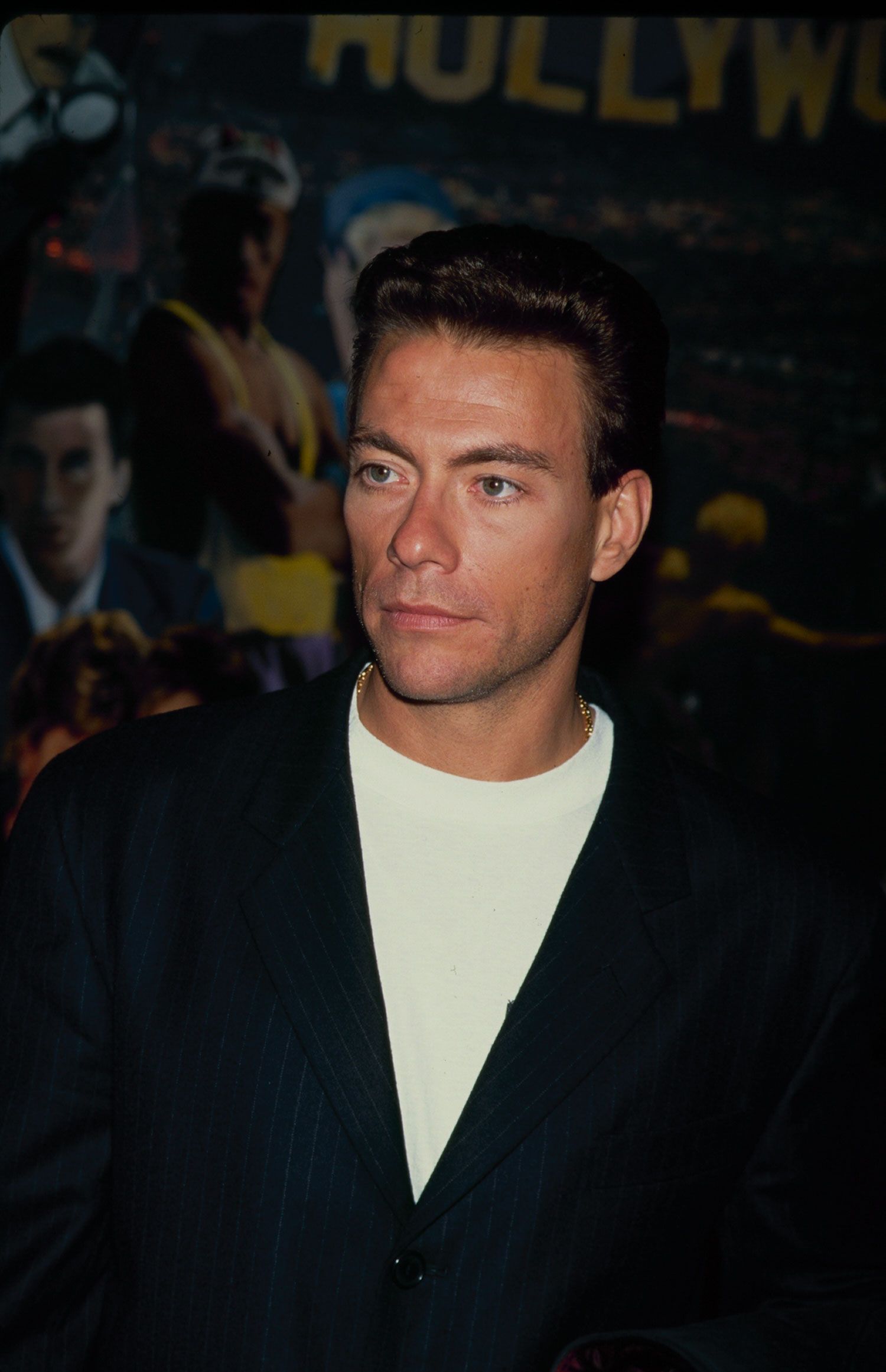 JCVD, or Jean-Claude Van Damme, is a Belgian actor and retired martial artist with a net worth of $40 million. He is most known for the successful martial arts action films he directed in the late 1980s and 1990s. 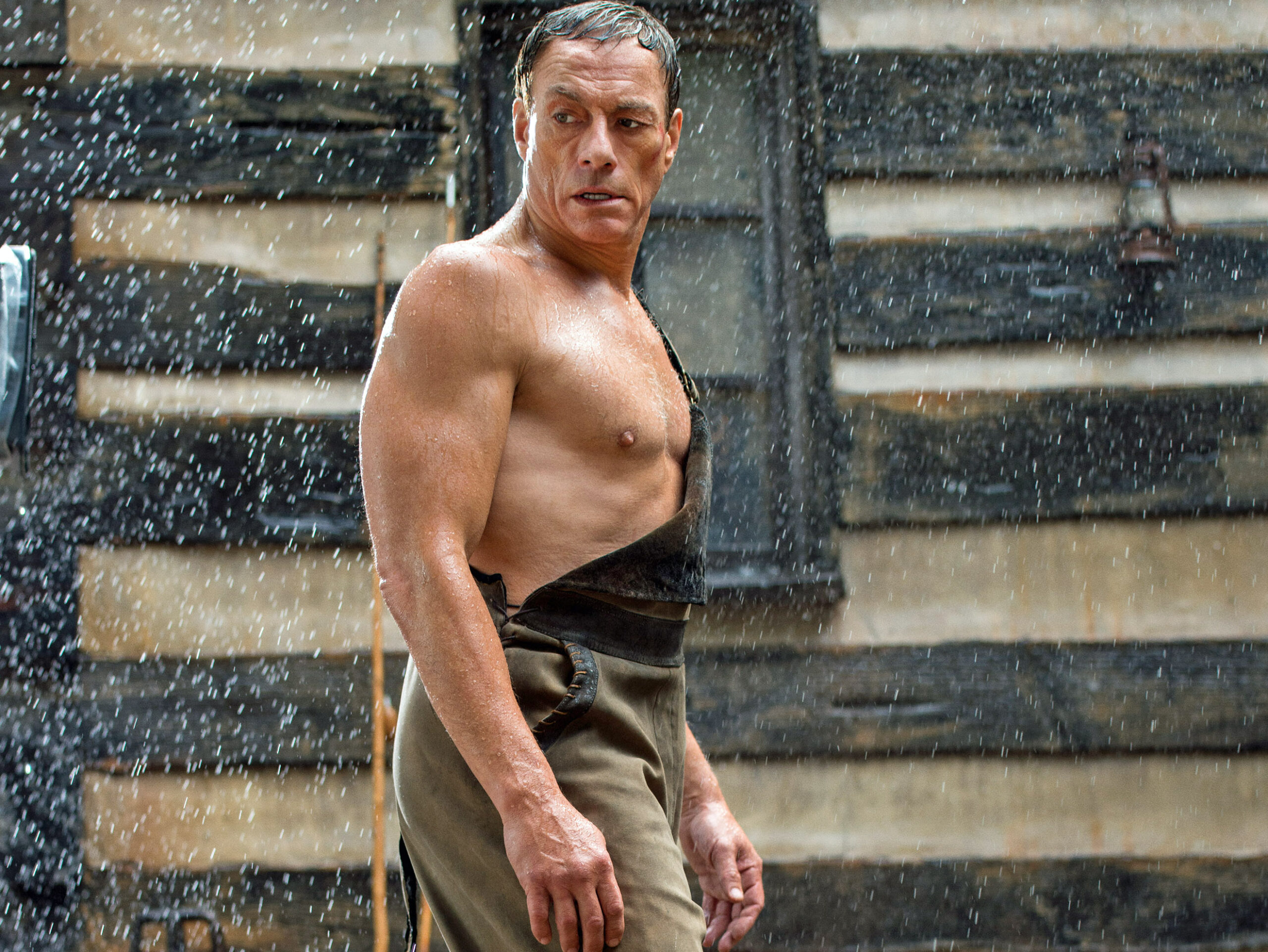 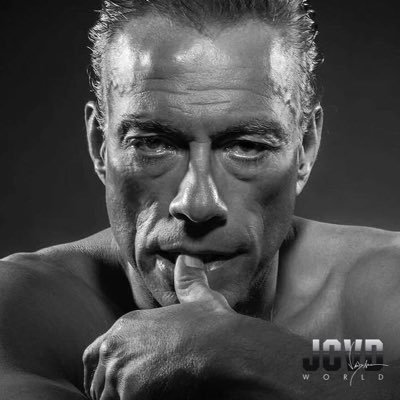